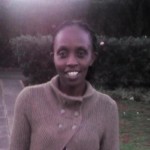 I am a blogger, ardent article writer and expert SEO.

5 easy tips to help chase down your financial stability dreams

Save money at home using these 5 subtle lifestyle changes

How past investment mistakes help you survive future storms