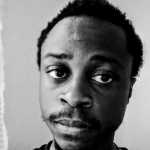 I write on technology, business, and lifestyle. Keep coming for more.

Why cryptocurrency trading security concerns are still warranted in 2019